Thoughts on S&C Training: Getting over it–the hard way

My shoulder has been giving me severe issues for quite some time now. Depending on who I ask, I get a different diagnosis. Already took anti-inflammatory drugs to rule out a bursitis. Didn’t help. Now I’m still waiting for my MRT to clear things up… however, Monday, I decided to work through the pain and just do some kettlebell cleans and presses. I have to say, everything worked like a charm. Yesterday, I could even do a handstand without pain. Not bad, considering I haven’t slept well a single night since the [XX Open Polish Taekwon Do Championships] due to shoulder pain… This somehow fortifies the theory that my shoulder suffers from a lack of stability. Guess it’s time to address that issue…

The solution
So today, I started following a (slightly modified) [5/3/1] routine again. The program worked well for me, I only stopped doing it because it takes quite a high toll when it comes to recovery. Can’t have that prior to a fight. Since I don’t have any fights coming up in the near future, though, I can commit to a strength specialization cycle.

As always, I decided to stray away a bit from the original program. Don’t get me wrong here, I don’t believe I can outsmart Jim Wendler when it comes to powerlifting training. Far from it. The point is just… I’m no powerlifter. I’m a fighter. A fighter with certain limitations to that – at least for the time being. Hence, I tweaked the whole thing a bit to meet my needs…


The tweaks
First, I still don’t feel like hitting the gym four times a week. I found that three sessions work best for me. Distributing 6 exercises (deadlifts, squats, bench presses, barbell rows, military presses and pull-ups) over those three days is pretty easy. That’s exactly what I did in the past. Now, however, I’ll ditch the bench press completely - my shoulders show more than enough inward rotation already, no need to make things even worse. Also, I won’t be doing heavy rows. I find it hard to keep a good form on these when the weights go up… So, in the end, my list of 5/3/1 lifts looks as follows:
That’s four exercises in three sessions… Since I really don’t have much time to do other forms of training at the moment, I’ll be adventurous and follow a A-B-A, B-A-B pattern. This means that I’ll have two workouts and do each three times in two weeks.


The workouts
I'll use the following two workouts:

As you can see, I’ll be working in a lot of different reps/set regions. I’m not sure if this will actually work out, but hey, I just feel like experimenting right now. If I remember correctly, [Gray Cook] once wrote or said that if all you’d do is TGUs, your FMS scores would go up anyways… guess that’s a good choice for warm-up and pre-hab then, especially given the fact that I might be suffering from shoulder stability issues. Hence, I’ll include them in each workout.

I’ve been playing around with power cleans a lot before that shoulder thing and I really feel I benefit greatly from doing them. So, I’ll stick to them but keep them relatively auto-regulatory. On each workout, I’ll just work up to what feels moderately heavy for that day and do three working sets. No rocket science to this.
The 5/3/1 stuff is pretty self-explanatory, so I won’t bother going into much detail on this. When it comes to assistance work, I’ll try [Chad Waterbury’s 10x3]. Truth be told, I did something like this during my GPP phase, although with shorter rest intervals. Worked out just fine. Only after that, when I did some research, did I find Chad’s suggestions on that topic… That being said, the overhead squats probably won’t be heavy enough to really stimulate any strength or mass gains. It’s been quite a while since I last did them, so I’ll probably play catch up on proper technique. Doesn’t matter, though – I believe that mastering (or at least, learning) a complex strength exercise works wonders in improving overall body control and movement quality. Also, it’s not like this whole thing won’t challenge me in terms of regeneration, so it’s probably not bad to have at least one strict ’skill’ lift. The cleans are pretty technical, too, but I’ll load them up, at least to a certain point… heck, I guess you get the point.

The barbell rows are there to strengthen my upper back and rotate that shoulder of mine outwards. Therefore, I’ll follow a relatively simple hypertrophy protocol. Now I know Wendler suggests 50% 1RM loads for assistance work in his “big but boring” variation, but since I’m not going to test my 1RM on this one, I’ll probably just follow linear progression or do something similar… haven’t made up my mind on this one yet. Finally, since I need to knock out 15 straight pull-ups for my black belt challenge in September, I’ll put an emphasis on strength-skill and just practice these a lot. 30- seconds rest means that I’ll continue to gradually decrease rest periods each week, just like I did over the course of the last two months. 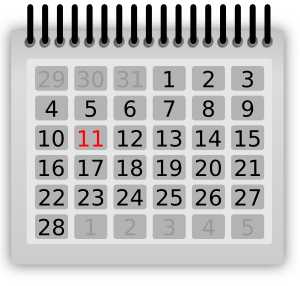 Now this is where things get a bit tricky. In the original 5/3/1 template, Wendler does 3 weeks of heavy training, followed by 1 week of deload. For a two-times-per-week approach, he suggests ditching the deload phase, as recovery time is pretty long anyhow. What about my plans, though… Well, since I’ll be doing each workout three times every two weeks, each cycle will take only those two weeks. Duh. Still, no rocket science here. In 4 weeks, this means going through the whole 5/3/1 thing twice, i.e. increasing the weight on the deadlift and squat by 10kg. Now I haven’t mentioned it yet, but on June 30th I’ll go to China for five weeks. I'll be training a lot there, but quite frankly, I have no idea if I’ll have access to power racks, barbells and the like.Today and Friday I’ll test my 1RM so I can start the actual strength phase on Monday, May 20th.This means that on June 3rd I’ll complete my first cycle.Depending on how I feel, I can then either deload and do my second cycle from June 10th to 24th, or I immediately carry on and soldier through the whole mess until June 17th. In any case, this gives me at least a week of recovery before the trip – that should do the trick.

The analogies
This program is very close to what I'm doing at my conditioning classes: power work in the beginning, density training for functional hypertrophy after that. Since my session volume is pretty high as it is (think about it: 3 working sets of cleans + at least 2 warm-up sets =  5 sets, 3 working sets on each of the 5/3/1 lifts + at least 2 warm-up sets on each = 10 sets, 20 sets of assistance work… that's at least 35 sets, not counting the TGUs), I don't do a strength circuit at the end. Also, I don't set an EDT-like time frame for my lifts. I keep rest periods short and keep working until the job's done.

[Dorian Yates once said that] “training is 100%, nutrition is 100% and mental approach is 100%”. Going into a heavy specialization cycle means properly planning all those other things in advance. Nutrition-wise, I’ll just stick to the basics: warrior diet, with high-protein/high-carb meals on training days and high-protein/high-fat meals on non-training days. However, the Warrior Diet [might not be particularly useful for putting on muscle], so I'll supplement with BCAAs pre-workout and have some whey & chocolate milk post-training. Also, I'll take fish oil and MZB for joint health, hormonal optimization and better sleep.

The conclusion
Now this one was longer than intended. Doesn't matter, I feel I'm in for one hell of a ride. Obviously, I'll keep you up to date on how I'm doing.